The Lure of the Red Herring

Recovery from eating struggles is not unlike a who-done-it mystery.  Imagine you are watching a play and the question arises: Who killed the Old Lady?  Was it the Maid? The Butler? Or the Chauffer?

Now at first glance, you notice the Maid.  She stands out immediately – because her style of dress is strikingly different, her gestures are somewhat dramatic, and her manner is a little suspicious.  She moves across the stage like someone who is rather insecure, or like someone who has done something wrong and is constantly looking around to see who is watching her. As the story unfolds, all eyes are on The Maid, but as you follow along deeper into the mystery, there is a sudden twist, and much to your surprise  — it was the Butler!  All those who were watching the Maid’s every move so closely failed to notice the more discrete activities of the Butler, the real culprit. 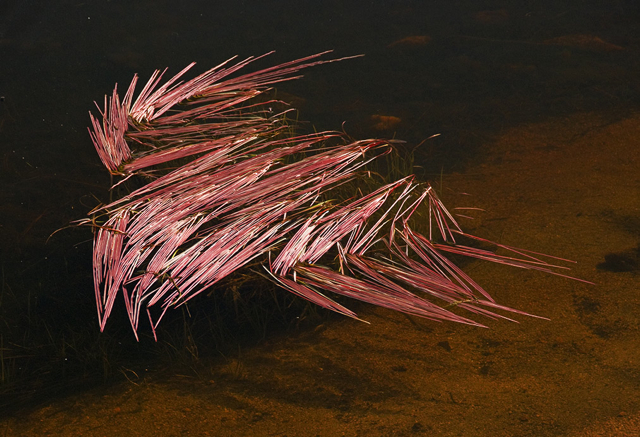 The Maid is the Red Herring.  The Red Herring is a term from the early 1800’s where those wishing to sabotage a fox hunt would get a red herring from a local fishery (which, because it had been smoked had a very strong smell) and drag it along the route, confusing the hounds by distracting them from the scent of the fox. In 1807, a political journalist wrote a story about how, as a boy, he had used a red herring to deflect hounds chasing after a hare.  He used the story as a metaphor to criticize the press for publishing stories that took attention away from more important matters (perhaps some things never change).  And the metaphor stuck.

Nowadays we use the term metaphorically to describe something that is misleading, that distracts us from the real issues, or creates a false trail. In our who-done-it story, the Maid is the distracting element.  She is the Red Herring.  Her character was designed to capture our attention and mislead us so we would not pay attention to more subtle clues surrounding the Butler and we would fail to immediately identify him as the guilty party.

The Red Herring shows up often within the mystery of the eating disorder story.  Those involved with trying to solve the mystery — individuals who are caught up in the struggle, concerned family members and friends, and at times even professionals – can get so wrapped up in the more blatant eating and food behaviors that they fail to notice the more subtle, but significant factors, contributing to the problem. While obsessively counting fat grams and calories, or watching the number on the scale go up or down, they can become so distracted with food and weight that the real issues contributing to the disordered eating never get revealed.  The mystery remains unsolved, and the eating disorder persists.

What needs to happen is a twist in the story where participants (or those who want to help them) can recognize that the food, the fat, the numbers on the scale, are functioning as distracting elements designed to divert attention from the real issues — which are much more subtle, perhaps even invisible to the naked eye.

What might those issues be?  More often than not, they involve our emotions and the difficulty we experience identifying, accepting, and expressing the uncomfortable emotions that arise in our psyche day in and day out.

Disordered eating thoughts and behaviors are, by design, created to distract us from emotions that seem too painful, too overwhelming, too complicated, or too frightening to deal with directly. As awful as it may be to “feel fat”, it can sometimes be easier to keep those feelings at bay by focusing on body weight, by stuffing them down with food, by distracting ourselves with calorie counting, or by exercising excessively — if we don’t know how to allow the full force of uncomfortable emotions to flow through us.

We live in an emotionally illiterate culture where very few of us are taught how to experience our feelings with ease.  It is often difficult for us to simply BE with our feelings so they can pass on their own accord.  It is even more difficult to express them in a way that honors how we really feel — while simultaneously honoring the feelings and perceptions of others with whom we might be in conflict.  So is it any wonder we would gravitate to whatever might distract us from our uncomfortable emotions? Is it any wonder that we would develop thoughts and behaviors that keep difficult feelings hidden – from ourselves and from others?

Food obsessions and disordered eating behaviors are very effective at keeping disconcerting emotions that arise from current situations or from painful memories out of our awareness.  That is their function.  The relief they provide, however, is only temporary, because if we continuously place our attention on thoughts about food, fat, and dieting without recognizing they are Red Herrings, those real problems to which our emotional guidance system is trying alert us never get revealed – and, consequently, never get resolved.

Imagine being able to see past the Red Herring. Imagine knowing that how to deal with what you are feeling, not with what you are eating, is what will ultimately solve the mystery of your struggles with food.  How might your life be different?