One of my favorite memories from my childhood growing up on the island of Guam was reef walking with my mother, siblings, and assorted friends.

Guam is surrounded by a coral reef that is quite a distance from shore. The water is usually shallow from the shoreline all the way out to the edge of the reef (where the waves break) and then it drops into Deep Ocean. At low tide the water can be even shallower – from ankle to knee deep – except where there are large holes in the coral shelf and it drops into Deep Ocean. 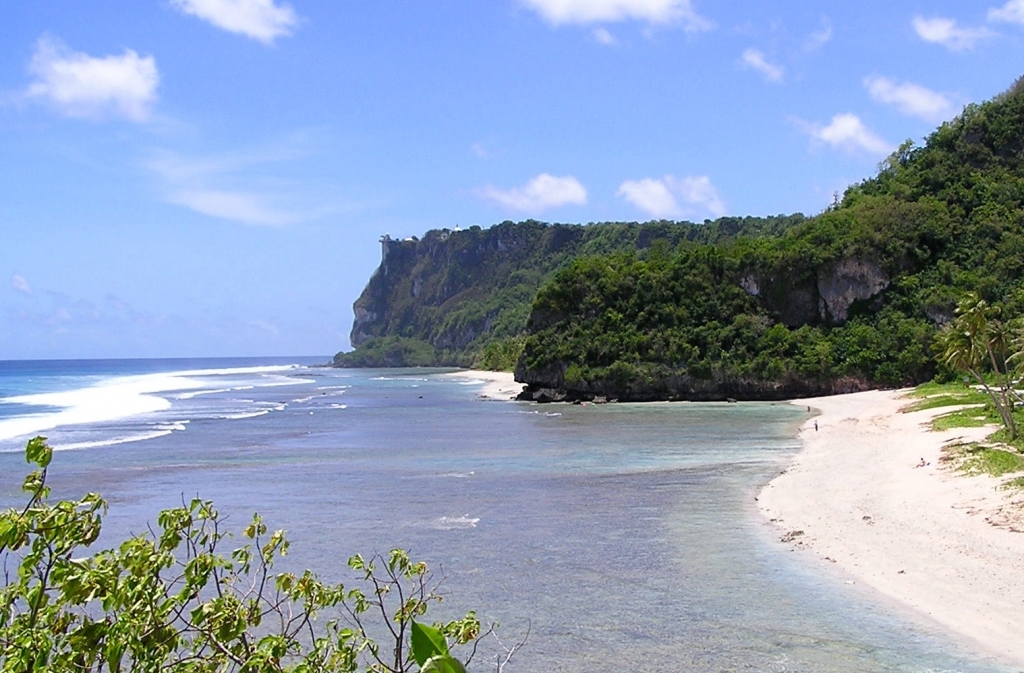 I spent many days as a child and teen walking barefoot on the reef, learning how to move carefully to keep from stepping on spiny sea urchins, gross slimy sea slugs, or on the sharp edges of coral. My mother taught us which seaweeds and sea creatures were edible, which of the cone seashells were so poisonous that they could kill (!), and how to never, ever, stick your hand in a hole lest it be the home of an eel who would bite down with serrated teeth and never let go. There was some truth to all of this – but my siblings and I made much more drama than was called for out of those remote possibilities.

Unfortunately, these days I can only bring forth brief glimmers of those exquisite moments in time. They now reside in a remote dream-like state around the edges of my mind. My mother’s instructions about reef walking, however, have remained fully present in my life today.

She taught us that when a wave broke at the edge of the reef and the white water came rolling in, we were to remain still and not move a step — since we could fall into one of the deep holes, or step on something sharp and painful. After a while, all the bubbles would pop, the water would become crystal clear, and as the sun shone through the shimmering water, we could see everything beneath our feet. We could then proceed until another wave broke, once again bringing in white water that swirled at our feet and around our legs – a signal to be still and not move until everything became clear again.

As an adult, I realized that this was a perfect metaphor for navigating through life. The time to move towards our goals was when everything was clear. As soon as we became confused and unable to see clearly — it was best to stop and wait. Eventually clarity would return and we could take another step – until the next moment of confusion would arise, indicating it was again time for inner stillness, a time to get quiet and go within.

It was a lesson in learning that moments of frustration, confusion, and bewilderment were inevitable, even if I was absolutely certain I was on the right path and knew where I wanted to go. It was a lesson in trusting that in times of self-doubt, if I could just be still, clarity would eventually return. And it was a hard lesson in finding out (more times than I care to admit) that if I rushed full speed ahead without seeing clearly where I was going, I could end up stumbling and hurting myself needlessly.

And so it seems to be the case for the Recovery Path, as well. Many, many times, my clients reported experiencing wave after wave of frustration and disappointment, along with fear, self-doubt, and confusion, that created white water swirling around in their minds, clouding their ability to be decisive or stay the course. But time and time again, they discovered that if they could summon all their patience, be still, and wait quietly for the bubbles of uncertainty to pop, they could discover (much to their relief) that clarity would eventually follow.

They could then take another step, perhaps in the same direction, perhaps in a somewhat altered direction – but a step taken with Clarity, one that allowed them to see what was directly beneath their feet, all around them, and in the direction they were headed.

Of course there was always another wave. But each time, as they learned to trust the natural ebb and flow of Life and to trust the ebb and flow of their own nature, they discovered that while confusion would arise, it would also pass, leaving a level of clarity in its wake that could allow them to take the next step with confidence. They just needed to pause, be still in those moments of uncertainty, wait for Clarity to show up, and then take the next step.

I am curious about what you think about this – please scroll down and leave a comment.